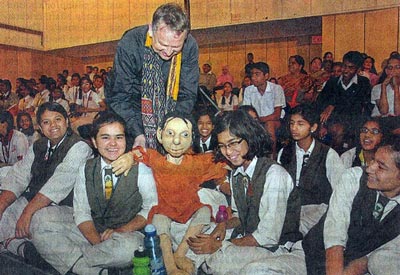 The Indo-German puppet show was held at the NIFT Madhapur on Thursday. Earlier in the morning a special show was organised for school children. About 200 students from Kendriya Vidyalaya Gachibowli, Nasr School, Dominic School and Vivekananda School were part of the show in the morning. They also interacted with the puppeteers and they were given an insight into the craft of puppet show.